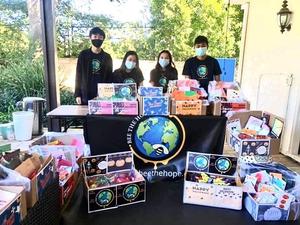 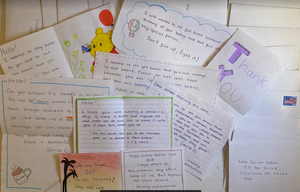 Nirvan Rayamajhi was awarded $25,000 for spearheading a number of different community service initiatives. 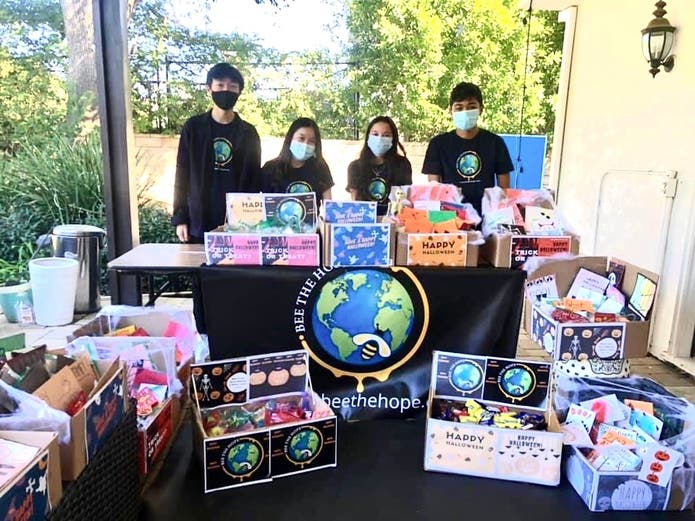 GRANADA HILLS, CA — Nirvan Rayamajhi has come a long way from sitting at home bored early on in the pandemic.

When school went virtual, Rayamajhi, now a junior at Granada Hills Charter High School, decided he wanted to do something to help out his community. Since then, the 16-year-old has founded his own 120-member organization, organized seven different charity initiatives, raised thousands of dollars, and was recently awarded $25,000 for his efforts.

Not bad for a quarantine hobby.

"My vision is to help out as many people as I can — not just for the recipients of my work, but for the volunteers," Rayamajhi said. "We want to help people understand there's a joy in giving."

Rayamajhi began in May with an initiative to collect food from local businesses to give to frontline workers. With just his family, Rayamajhi raised more than $2000 to collect and deliver meals for 140 workers at six different hospitals in the San Fernando Valley. In July, he worked with the San Fernando Valley Rescue Mission, a friend named Sahara Karki, and his younger brother Neil - who attends the Alfred B. Nobel Charter Middle School in Northridge - to help collect and distribute 160 meals to LAUSD students in need.

After that initial success, Rayamajhi was hooked. He founded an organization called Bee the Hope, named after the bees that help flowers bloom. That organization quickly grew to 120 members at Granada Hills Charter High School. Members say that the club has taught them the value of giving and how to organize big projects.

"Joining Bee the Hope has been a great decision and it helped me a lot with managing my time," said Granada Hills student Jayden Ramos. "Before I joined I was playing a lot of video games and doing homework, just over and over again, and now I've been able to help my community, and it's been really gratifying for me."

"It's honestly taught me more life skills, like how to manage time, how to go and make connections and reach out to everyone," said Granada Hills student Dakota Duran. "It also shows me how to help out the community during a major time of need right now — how to be the change and benefit others."

Club members are putting all these skills to use with a number of large-scale projects. In September, they helped raise $10,000 to distribute 3000 hygiene kits to homeless shelters. Around Halloween, they partnered with the LAPD, LAPD Devonshire Police Athletic League Supporters, Hope of the Valley Rescue Mission Center, Councilmember John Lee's office, and many more local organizations to create and distribute 1000 Halloween cards and bags of candy to local children.

They've continued their cardmaking by writing letters to the elderly, sexual assault victims, and soldiers. Everyone takes the time to personalize the letters and let the recipient know that their struggles are being acknowledged. For his many efforts to help the community, Rayamajhi was recently awarded $25,000, which he plans to use to start his own tutoring business. Despite the money, Rayamajhi said that seeing the effects his work has had on community members motivates him to continue.

"With our current projects, some of the kids held up their cards and posted [online]...what it really does, it encourages not just me, but all of us to do more," he said. "I wanted to help out the people volunteering to have a joy in giving."